Changing how the world thinks about nursing News on Nursing in the Media

Hundreds of supporters have signed our petition to cancel the new young Nurse Ratched show planned by Ryan Murphy (Glee) and Netflix, but to really have an impact we need your voice! Please sign the petition and ask all your colleagues and students to sign and share it. Also, please call Jonathan Friedland, Chief Communications Officer at Netflix, at 1-310-734-2958 and let him know your concerns. Thank you very much!!

The Defenders of San Fransokyo:
The fall 2017 TV season offers a few bright spots for nursing

Call the Midwife can be expected to offer a consistently good portrayal of nursing. Chicago Med and even The Defenders may offer glimpses of nursing skill, advocacy, and autonomy. But the physician-focused vision of shows like Grey's Anatomy and The Good Doctor, on which nurses tend to be handmaidens, will likely dominate another Hollywood season.

September 2017 – Most health-related shows in the new U.S. prime time season are physician-centric, but a few will likely convey helpful information about nursing. The only new major network show is ABC's The Good Doctor (premiering Sept. 25), a series from creator David Shore focusing on a brilliant physician (no, really!), in this case a very young one who is on the autistic spectrum. No apparent major nurse characters. Since late August the Acorn TV network has been offering the limited ITV series The Good Karma Hospital, about a young UK physician who travels to India and practices at a small hospital there, facing health care challenges and romantic intrigue. No apparent nurse characters. But one new series of potential interest for nursing is Disney XD's animated Big Hero 6: The Series (November), which follows the 2014 Big Hero 6 film. A key character will again be the charming android "nurse" Baymax, who in the film displayed some of the important health skills of real nurses. Among returning shows, the BBC's powerful Call the Midwife will be back in early 2018 with London nurse-midwives providing expert, autonomous community health care in the early 1960s. Under the heading of an old character on a quasi-new show, Netflix's ever-expanding Marvel Universe now includes the multi-crossover show The Defenders (August), with familiar nurse-to-the-superheroes Claire Temple (right), who is skilled, tough, and savvy. Outlander (Starz) returns this month for more adventures by time-traveling nurse Claire Randall among the rebels of 18th-century Scotland. Unfortunately, this season shows 20th-Century Claire become a physician, striking a blow for women but sending a message that undermines nursing. In present-day health-focused programming, physician-focused shows still dominate. NBC's Chicago Med (mid-season) is mainly about six physicians, although it has two competent emergency (ED) nurse characters who actually think and talk (sometimes to each other!); plus, a hospital executive who is a nurse heads up the trauma center. No such luck with ABC's Grey's Anatomy (Sept. 28), which returns for a 14th season of attractive, brilliant surgeons doing everything that matters, including nursing, with a few appearances by meek handmaiden nurses. CBS's Code Black (mid-season) is set in a busy Los Angeles ED, where one senior nurse character serves as a skilled aide-de-camp to about eight major physician characters. And this month Hulu began airing the final season of The Mindy Project, which focuses on quirky but skilled OB-GYN physicians, but also has a few silly nurses—and one more sentient nurse who lead character Mindy actually married at the end of the last season, although indications are that marriage may not last long. Please join us in encouraging better portrayals of modern nursing! Read more at the following links: 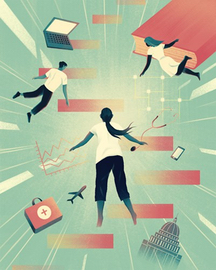 Fall 2017 - This season's issue of the Johns Hopkins Magazine, an alumni publication, includes a long piece by Rosemary Hutzler Raun about the University's nursing school and nursing in general. In "The Nurse Will See You Now: Nurses do more varied jobs than ever before—and the U.S. needs a lot more of them," Raun observes that "images have consequences" and then describes the work of the Truth About Nursing, which was founded by JHU graduate nursing students. Raun mentions the Truth's campaigns on media items ranging from Dr. Phil's 2004 golddigger comments to Paul Krugman's February 2017 reference to nursing as "menial." We thank Raun and the Magazine. Please click here to see the article (we appear about half way down).

Having an event? Book Sandy today!

Let Sandy Summers empower your nurses and help them fully embrace their autonomy!

Patients deserve better protection. Let Sandy help your nurses and students fully embrace their autonomy to strengthen nursing care, reduce errors and improve care! Sandy just got back from speaking in Washington DC, Houston, New York, Iowa, and Vancouver, and gave the graduation speech at Johns Hopkins University School of Nursing. She speaks widely to a variety of international nursing groups. Click here to see details and book her today! 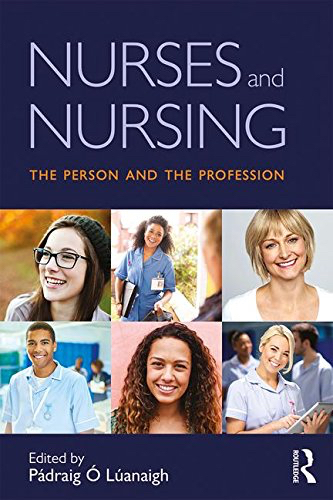 Think about the future

The exciting new textbook Nurses and Nursing: The Person and the Profession includes a chapter on nursing's image by Truth leaders Sandy Summers and Harry Jacobs Summers. Edited by Pádraig Ó Lúanaigh, RN, EdD, the thought-provoking new textbook from Routledge "draws on international contributors with a range of backgrounds to explore, engage with and challenge readers in understanding the many aspects and elements that inform and influence contemporary nursing practice." Our chapter is "Nursing's public image: Toward a professional future." We thank Dr. Lúanaigh for the opportunity to be a part of this important new project. Please consider this book for your classes in professionalism, nursing and society, and nursing leadership. Click here to request a free copy for review now! See more about the book here...

Imagine a world where nurses were fully empowered to protect patients

Saving Lives is the transformative book acclaimed by nurses, nursing leaders, scholars, and the media. It can help your friends, colleagues, and students be the strong nurses our profession needs to protect patients from errors, injuries, and disease. See praise for Saving Lives: Why the Media's Portrayal of Nursing Puts Us All at Risk by leaders in nursing and the media as well as the awards it has earned, including three Book of the Year awards from the American Journal of Nursing and an award from Sigma Theta Tau, the International Honor Society of Nursing. The updated second edition from Oxford University Press is now available! All donations and royalties go directly to support The Truth About Nursing, a 501(c)(3) non-profit organization. Thank you for your support!

It has taken us many months to transition our website to its new mobile format. We hope you enjoy the new look! After this long transition, we will be working hard to catch up on different fronts, and we would really appreciate your help. Here are just a few ways you can help us improve global health through better understanding of nursing:

We rely on your help to move forward on our mission. Thank you!

THE TRUTH ABOUT NURSING challenges stereotypes and educates the world about the value of nursing. Better understanding that nurses are autonomous, college-educated science professionals will strengthen nursing care, education and research, allowing nurses to save more lives.

Please support The Truth About Nursing

We need your help so we can pursue this mission together. We would be very grateful if you could make a donation--even if it is $5, $10 or $25. Any amount would be so helpful. Please click here to donate. Thank you!

The Truth About Nursing is an international non-profit organization based in Baltimore that seeks to help the public understand the central role nurses play in health care. The Truth promotes more accurate media portrayals of nurses and greater use of nurses as expert sources. The group is led by Sandy Summers, co-author of Saving Lives: Why the Media's Portrayal of Nurses Puts Us All At Risk.

Get your "Save Lives.
Be a Nurse."
bumper sticker! Get a copy of Saving Lives with every $30 donation!

Donate $30 to the Truth now, and we will send you a copy of our leaders' newly released book Saving Lives: Why the Media's Portrayal of Nursing Puts Us All at Risk. Both editions have won American Journal of Nursing Book of the Year Awards and Saving Lives has also won an award from the international nursing honor society, Sigma Theta Tau. The book was written for nurses, the media, and members of the public around the world. Many nursing professors use it as a text to discuss nursing in society. The authors donate all royalties to the Truth About Nursing. Order today--paperback or digital--and we will send a copy out to you!